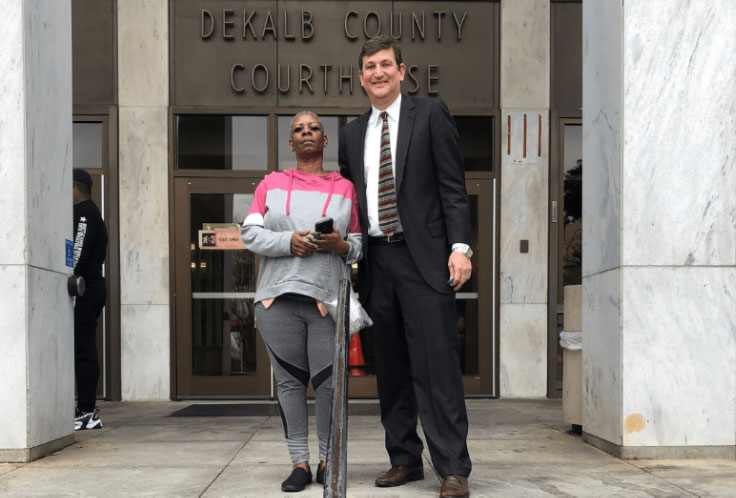 On July 9, 2016, Sherry Whitfield was walking down her driveway after collecting her mail. Defendants’ dog “Jacob” was off the property, loose and unrestrained, bit Sherry on her left leg twice and knocked her to the ground. Sherry was transported by ambulance to Grady and was diagnosed with two deep bite wounds to her leg. Sherry would eventually undergo scar revision surgery with Susan Kolb, MD.

The defense counsel argued that the Defendants’ were not liable because they had not carelessly managed their dog. Even if they were at fault, Ms. Whitfield had no permanent physical injuries; only scarring. However, Ms. Whitfield’s medical bills were $20,162.24

“I was very pleased that the jury gave us the verdict we requested in closing”, Attorney David Zagoria concluded. The offer from the insurance company-Liberty Mutual prior to trial was only $40,000.00. The trial took four days before the Honorable Mike Jacobs.