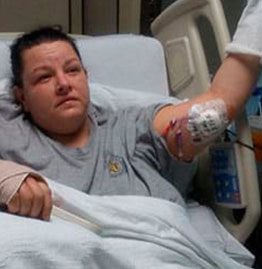 “This case presented significant challenges because the attack occurring in the Defendant’s home. However, we were able to prove that the dog had aggressive tendencies, as a result of our discovery of a previous incident in which ‘Hoss’ tried to bite another person,” said Zagoria Law Associate Attorney Brooks Neely.

“We congratulate Brooks on a job well done securing justice for our client,” said Zagoria Law Founder and Principal David Zagoria. “We are proud of his hard work and dedication that resulted in his settling his first six-figure case.”